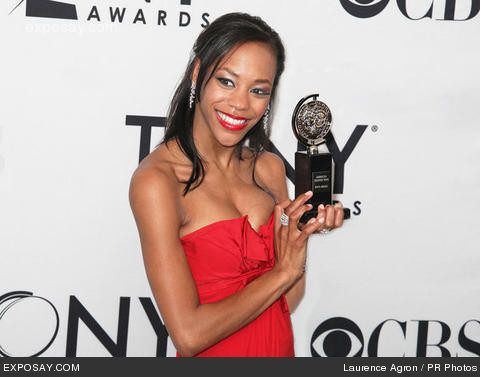 When you think about what makes New York City unique the Broadway Theater comes to mind. Commonly called simply Broadway with over 40 professional theaters and last year the ticket sales reached $1,081 billion. If you were one of the 12million that took to the theaters to enjoy a show you just might have seen the charismatic personality of Nikki James. 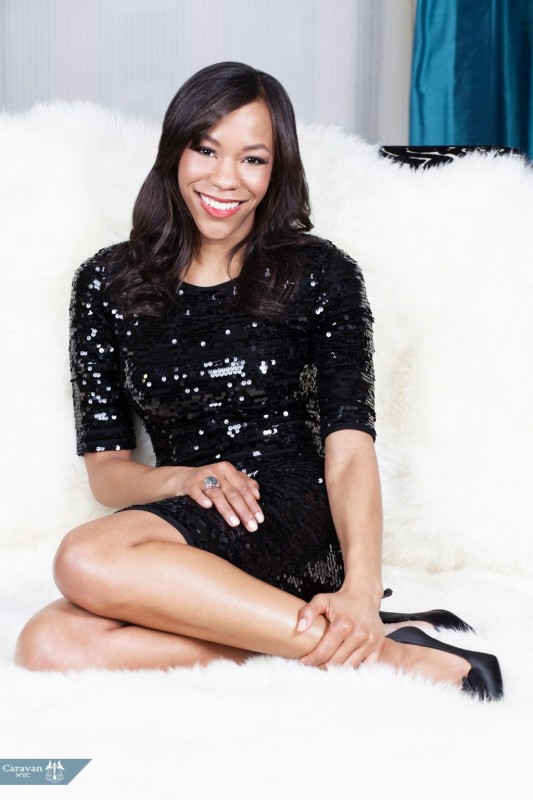 The Carlton Hotel and Caravan had the honor of working with Nikki for a photo shoot. Taking over the decadent room that is fittingly HOcalled Broadway Diva in the Carlton Hotel it was lights camera action for Nikki. Wearing a dress by BCBG, Prada shoes and jewelry by Kira Kira she looked amazing. Working with a natural beauty it didn’t take much to style Nikki’s look. Salon Grafix products gave her the perfect hairstyle. We used a bit of Healthy Hair Nutrition Restyler before running a Babyliss flatiron through her hair. Once we got the perfect style we gave it a spray of ChromaLogica High Gloss Hair Spray to give shine and hold that looks and feels natural. For Nikki’s makeup we used POP Beauty featuring her eyes with a bronzed smoky lid, highlighting her cheekbones with Sun Bronzer and natural red sine to her lips. She was ready to take on the Broadway Diva room at the Carlton.

Nikki James can be found in her most recently performed role on Broadway in the new musical The Book of Mormon, for which she won the 2011 Tony Award for Best Featured Actress in a Musical for her role as Nabulungi.

The Book of Mormon is a religious satire musical with book, lyrics and music telling the story of two Mormon missionaries sent to a remote village in northern Uganda. The Book of Mormon has garnered overwhelmingly positive critical response and numerous theatre awards including nine Tony Awards and the Grammy Award for best musical theater album.