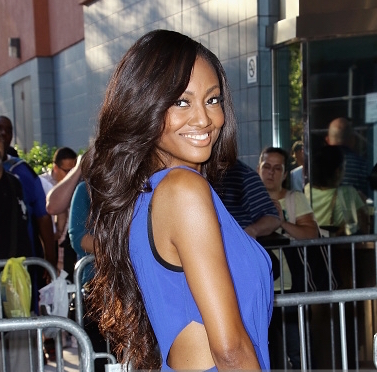 Nichole Galicia is a striking beauty starting out her career on the catwalks in Europe and New York before turning her attentions to the world of film and television. Quentin Tarantino took a shine to Nichole casting her in his film Django Unchained that stared Leonardo DiCaprio and Jamie Foxx. Nichole played Sheba the love interest of  DiCaprio. Nichole has recently been filming the television show Defiance on the SYFY network.

It’s so much fun getting Nichole red carpet ready. We always use only the best beauty products from NOT YOUR MOTHERS, KRYOLAN PROFESSIONAL MAKEUP,  PHYSICIANS FORMULA, VASELINE & FAKE BAKE.